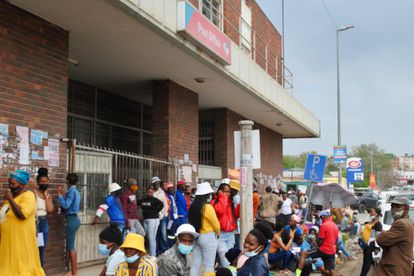 The South African Social Security Agency (SASSA) has paid out over R34 million to  refugees and R63 million to asylum seekers in Social Relief of Distress (SRD) grants.

This was revealed by Social Development Minister, Lindiwe Sisulu in a parliamentary response.

Economic Freedom Fighters had asked what the total number of refugees and asylum seekers receiving the SRD grant is and how much has been paid to them so far.

The department said the figures are for the two years that the Covid-19 R350 SRD grant has been running.

Meanwhile, in October, Finance Minister, Enoch Godongwana, extended the SRD grant by another year to March 2024. It was meant to expire in March 2023.

Godongwana said no final decision has been made about a replacement or how it would be financed. As a result, the temporary grant will be extended for one year until March 2024.

The government has been considering a permanent replacement for the grant. One of the proposals is a basic income grant. Godongwana stressed that any permanent extension or replacement of the R350 grant will require an increase in revenue or spending cuts elsewhere.