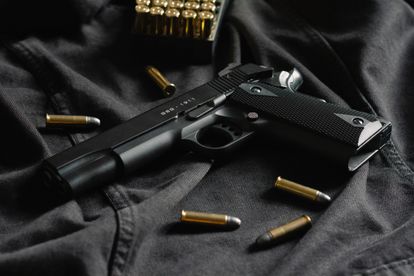 The police station was robbed of firearms and ammunition – Photo: Unsplash

The police station was robbed of firearms and ammunition – Photo: Unsplash

We know the criminals of South Africa can be quite brazen at the best of times – but this surely takes the cake? A set of armed thieves in Mpumalanga robbed a police station over the weekend, taking away a large number of firearms and ammunition.

The Grootvlei Police Station was the scene of this embarrassing exchange, with some crime experts stating that SAPS ‘now finds itself in crisis’. Multiple suspects stormed the building, demanding access to the police’s weapons and defensive equipment.

Police Minister Bheki Cele, who finds himself under increasing pressure amid a backdrop of rising crime and numerous personal scandals, is yet to make a statement on the matter. However, critics are already lamenting the ‘crumbling institutions’ that represent SAPS.

Another police station robbed, this time it was Grootvlei. Numerous firearms stolen. SAPS really is in crisis.

The robbery last night at Grootvlei Police Station in which a large number of firearms and ammunition were stolen, once again reveals the vulnerability of the police, the desperate need to implement the rural safety plan, and the role of police firearms in violent crime in SA

Mpumalanga SAPS ‘not alone’ in this ordeal

This isn’t the first time such a robbery has occurred in South Africa. In fact, there was a rather high-profile incident just ten months ago:

The Malamulele Police Station in Limpopo was allegedly ransacked by heavily armed suspects last November. The suspects stole firearms from the station and locked the police officers on duty inside a vehicle.

After leaving the station, the suspects allegedly proceeded to rob a nearby food outlet and filling station. They also robbed the businesses of an undisclosed amount of cash. Witnesses said they saw the group travelling in a bakkie.

Earlier this year, an image of four SAPS officers being humiliated by a gang of criminals went viral online. But police representatives say the picture – and its accompanying caption – is a load of baloney…

It’s understood that this event never took place, and was merely as scene ‘depicted from a television drama’. SAPS have branded the image as ‘totally misleading’, and they are encouraging people not to share the original post, as it is peddling a clear and obvious falsehood.