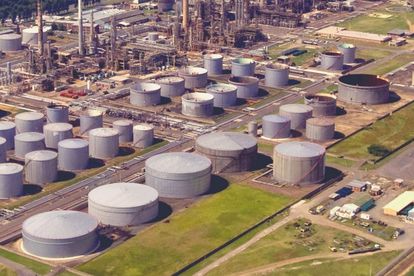 The KwaZulu-Natal government is holding discussions with SAPREF and is looking to buy the Durban based refinery.

This was revealed by KZN Premier, Sihle Zikalala during his State of the Province Address on Thursday, 24 February 2022.

During his address, Zikalala said they were saddened by Shell and BP’s decision to pause refinery operations at SAPREF.

He also revealed that they have also called on the national government to buy SAPREF.

“We are currently engaging with the Department of Minerals Resources and Energy on the matter. Retaining the refinery in our province is key for economic growth and job creation,” Zikalala said.

Mineral Resources and Energy Minister, Gwede Mantashe recently slammed Shell and BP’s decision and said they were greedy and selfish.

“Related is the greed and arrogance of certain petroleum entities that want to shut local refineries and import the product. This is something that will cause job losses to our people, cost our economy dearly, and lead to uncertainty of supply. For our national and economic security, we are taking drastic measures in this regard,” Mantashe said

WHY IS THE REFINERY PAUSING OPERATIONS?

SAPREF, a joint venture between Shell and BP recently announced that the refinery will pause operations no later than March 2022. BP and Shell are also looking at selling the facility.

SAPREF said the decision was taken to allow an informed finalisation on the various options available to the shareholders, a sale option being the most preferred.

Until decisions about the future of the plant have been made – including a possible change of ownership – the SAPREF shareholders said they are unable to commit to further investment in the refinery.

“The decision to pause refinery operations currently has no impact on full time employees, and safety remains a primary consideration. Moving forward, the shareholders will use other existing assets and trading arrangements to ensure ongoing security of fuel supply to the country and their consumers.”