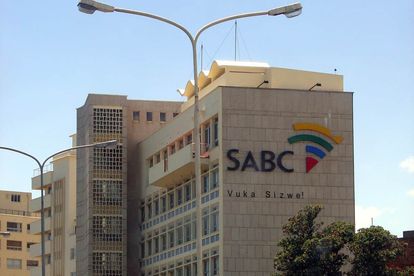 The South African Broadcasting Corporation has managed to once again find itself firmly at the centre of a political scandal. This time though, there is no Hlaudi Motsoeneng running the show. There also isn’t any sign of Faith Muthambi. Instead, the SABC has decided to fire Phathiswa Magopeni, the broadcaster’s head of news. The South African National Editors Forum is slamming the decision.

Magopeni was fired on Friday after a disciplinary hearing found her guilty of misconduct. The finding against her told the board to come up with its own “appropriate sanction.”

Magopeni was found guilty of misconduct for failing to stop the broadcast, airing and publication of an interdicted Special Assignment episode.

Shortly before her firing, Magopeni had accused the SABC board of interfering in the editorial independence of the SABC. She claims she was forced by the CEO and chairman, to set up interviews with ANC President Cyril Ramaphosa ahead of the November election.

SANEF says that Magopeni is adamant that her dismissal is linked to her refusal to take editorial instructions from the board.

The forum also claims that Magopeni has been “treated unfairly” by the SABC.

“This pattern needs to be condemned because it makes a mockery of labour laws and associated processes. It also leads to a mistrust of our public institutions and denies the public broadcaster their constitutionally protected freedom of media. An environment where people can be fired following political interference by the ANC-influenced elections campaign leads to self-censorship and restrains journalists and media workers from the freedom they need to do their job.”

The forum is now accusing the public broadcaster of putting a “negative dent” on its own reputation.

‘Push back against ANC propaganda”

So what now for the SABC and Magopeni? The axed news boss has already revealed that she will challenge her dismissal legally at the appropriate time.

In the meantime, SANEF has sent a message to all journalists working at the public broadcaster. The forum wants the SABC to “continue pushing back against intentional ANC propaganda”.