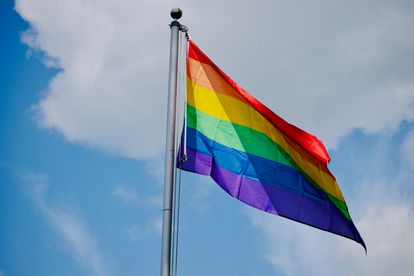 News of a possible terror attack in Sandton this weekend has spooked South Africans. The US Embassy, of all sources, shared a chilling warning on Wednesday, advising people in the plush region of Gauteng to ‘avoid crowds and gatherings’. But is Johannesburg Pride now under threat?

Johannesburg Pride ‘at the centre’ of Sandton terror concerns

The event celebrating members of the LGBTQI+ community and all of their historic achievements was due to take place on Saturday 29 October. Thousands had planned to attend. A carnival atmosphere and jovial festivities had been promised for those present.

However, the advisory issued by the US Embassy could now throw a major spanner in the works. An intensified police presence is expected in Sandton over the weekend. But it remains to be seen if the South African Government are just as cautious as their American counterparts.

Will Johannesburg Pride go ahead on Saturday 29 October?

As it stands on Wednesday afternoon, Johannesburg Pride is still set to go ahead. But there are concerns that a ‘credible threat’ to LGBTQI+ citizens is now fully established, and some will require greater reassurances before turning up for the event.

Is this an actual credible threat targeting Pride this weekend?? https://t.co/L42TSEeu3O pic.twitter.com/RHXWzgrtJV

Sandton terror threat: Who could potentially be affected?

In July 2020, ISIS threatened to retaliate against SA if it sent troops into Mozambique. Sure enough, SANDF was deployed to fight Islamic State insurgents later that year. Though details remain scarce on the origins of this terror threat, some feel that this is the likeliest source.

We’re awaiting a response from the organisers of Johannesburg Pride, in order to establish some clarity. With the ‘Greater Sandton’ region allegedly on the radar, it’s worth noting just how large an area that covers – and it stretches far beyond the city’s famous CBD…