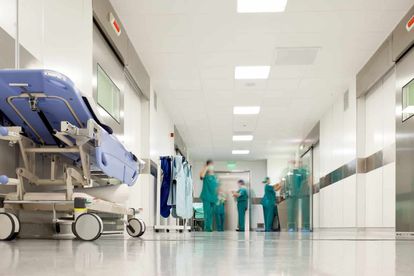 Hospitals in South Africa were placed under tremendous strain during the COVID-19 pandemic – Photo: Adobe Stock

Hospitals in South Africa were placed under tremendous strain during the COVID-19 pandemic – Photo: Adobe Stock

The South African Medical Association (SAMA) is voicing its concern over the rolling blackouts and their level of impact on healthcare facilities across the country.

Eskom implemented high stages of load shedding, including stage 6 this week, which meant South Africans had their power cut off at least three times a day. Stage 5 of the rolling blackouts has been re-introduced for the weekend, while stage 3 is expected for the coming week.

In light of the load shedding situation, SAMA has stressed the importance of electricity in hospitals, particularly as some generators in healthcare facilities are not functional, which has disastrous consequences for the sector.

BABIES MAY DIE DUE TO LOAD SHEDDING

Speaking to SABC News, SAMA’s Chairperson, Dr Mvuyisi Mzukwa says they are worried babies may even die as a result of the current power crisis.

“We are very concerned about hospitals experiencing loadshedding. It has huge implications in terms of emergency operations. The problem is the generators in the hospitals are not functional and at times they do not kick in or they take time. There is no backup. This also affects the children that are hospitalised, like the premature babies who need incubation, they need electricity. If we don’t have that, those babies may die. We are not sure currently of the impact of that, as we speak,” Mzukwa is quoted as having told the public broadcaster.

As load shedding continues, the Health Professions Council of South Africa (HPCSA) has called for exemptions for public clinics and hospitals.

HPCSA president Professor Simon Nemutandani says more than 80% of South Africans depend on the public health system and hospitals are under immense pressure.

“Power supply interruptions place critically ill patients who are dependent on life-support machines at risk. The performance and life span of medical equipment and devices are negatively affected by power interruptions,” he said.