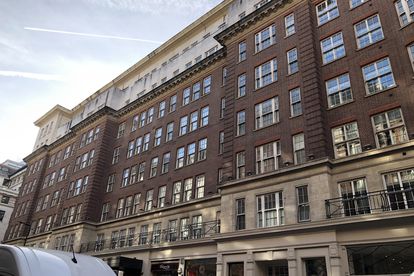 The May Fair Hotel has rooms for upwards of R10k per night – Photo: Flickr / Simon Sees

The May Fair Hotel has rooms for upwards of R10k per night – Photo: Flickr / Simon Sees

UK police are now probing the death of Thandeka Hlongwa, which was initially reported back in August. The 40-year-old, who became a top businesswoman during her career, was found unresponsive at a hotel in Central London.

Who is Thandeka Hlongwa? Death of SA businesswoman baffles Met Police in London

She was declared dead at the scene, when the authorities were called to her room at The May Fair. A night’s stay at this swanky venue can set guests back by as much as R10 000 per night. It’s understood, however, that she was in London for recreation, rather than business.

Hlongwa was a chartered accountant with a business portfolio including THIRTY separate ventures. She was a significant figure in her industry, and flew the flag proudly for her home province of KZN. London’s Met Police are now investigating the circumstances behind her death.

Right now, they don’t have a great deal to go on. The death wasn’t treated as suspicious at the time. Tragically, the businesswoman left behind a young family, including her teenage son. A funeral procession was held for Hlongwa in Richards Bay back in September.

The family, though, have been left frustrated by their circumstances. At first, they were unable to repatriate the remains of the deceased. Relatives have been left bemused as to why officials wanted to keep the body in the UK.

But this case, despite its many limitations, isn’t a closed one. Finding out what happened to Thandeka Hlongwa will, at the very least, bring a form of closure to her family. A file on the matter has since been passed to the coroner. Hlongwa’s family were unavailable for comment.