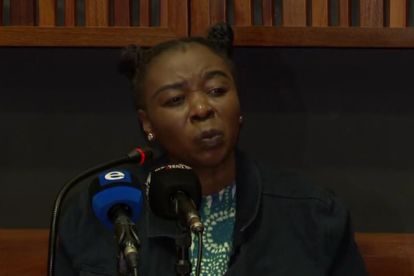 Former Tembisa police officer Nomia Rosemary Ndlovu is set to face a judge once again in April, just months after she was convicted for orchestrating a number of killings on some of her family members, in a case that had all of us glued to the screen!

WHAT ARE THE NEW CHARGES AGAINST ROSEMARY NDLOVU?

Boloka was a station commander at the police station where Ndlovu worked while Mabunda was the investigating officer in her murder case. She is alleged to have ordered a hit on them while she was awaiting trial in prison. Ndlovu is said to have blamed them for her arrest and will appear before the Kempton Park Magistrate’s Court on 20 April to face two charges of conspiracy to commit murder.

According to News24, the cases were opened in Tembisa, but will be heard in Kempton Park for safety reasons.

During sentencing last year, Judge Monama, who also clashed with Rosemary Ndlovu during the trial, came down like a ton of bricks on the defendant – and pulled no punches when it came to explaining his verdict:

“In the last 89 years of its current existence, this country has not observed such a situation like your case. Ndlovu was arrogant when I tried to explain court processes to her. I reject the defendant’s version of events altogether, and the state has proven its case against Rosemary Ndlovu beyond all doubt,” he said.