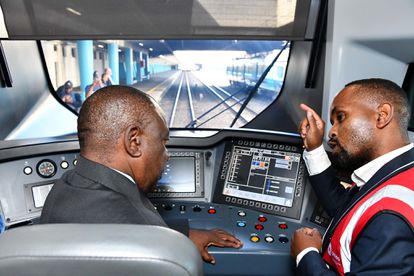 How on Earth has it got to this point? South Africa’s failed rail system is broken beyond belief, and a new round of statistics released on Monday shows just how bad things have gotten. In fact, the number of passengers commuting by train has DROPPED by just under 100%.

StatsSA revealed yesterday that the situation is bleak for rail transport in South Africa. Granted, most of us were already aware of the crumbling infrastructure and rampant criminality that has rendered train travel useful in this country. But these facts and figures really ram it home.

Even the positives come with a caveat: Although it has been stated that rail travel actually INCREASED by 6% in July 2022, compared to July 2021, it’s worth noting that last year’s KZN riots – and our Delta variant lockdown – caused significant disruptions.

Alas, the total number of rail passengers in the most recent quarter dropped by 2.5%. Cracking…

The scary facts and figures behind SA’s rail network collapse

Though lockdown and COVID-19 measures did not help the rail network at all, the writing has been on the wall over the past decade. A shoddy, unreliable network has driven businesses and commuters alike away from the tracks – and no political solutions have been forthcoming.

Transport Minister Fikile Mbalula, still calling himself Mr. Fix, says he is working hard to restore train travel back to its former glory. At this point, however, actions are more important than words. Meanwhile, the 10-year decline can be summed-up by these sobering stats…