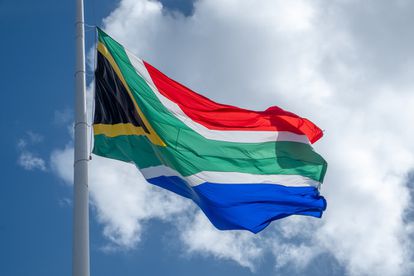 Public pressure has had a massive influence on the Department of Sports, Art and Culture, after Minister Nathi Mthethwa confirmed that there would now be a process to review the allocation of R22 million to simply erect a large flag.

The R22 million flag will now be reviewed

The controversy surrounding this heritage project has been intense, and Mthethwa himself struggled to defend the sheer size of the budget during a recent TV appearance. Left with few options, it would appear that the minister has finally heeded the calls of the public.

A severe backlash greeted the announcement, with South Africans openly wondering what that money could be better spent on. The ANC have once again been questioned about their priorities, in a year where they’ve also tried to send a R50 million donation to Cuba.

In a statement issued on Thursday, Mthethwa explained that ‘the diversity of voices’ in reaction to the R22 million flag had indeed prompted his department to enforce a review. He champions this as an act of democracy – but perhaps ‘self-preserving PR’ would be a better term…

“The diversity of voices around this important heritage project are a welcome celebration of our country’s vibrant constitutional democracy and the freedoms that must be upheld beyond posterity. It also bodes well for one of the pillars of social cohesion which is an active citizenry.”

“In upholding these ethos and the inalienable rights of citizens to be heard, the Minister of Sport, Arts and Culture has directed his department to review the process related to the Monumental Flag in its totality.”

Nathi Mthethwa not escaping criticism, though

Even with this review, not everyone is happy. Shadow Minister Dean Macpherson has questioned the motivations of the minister, insisting that Nathi Mthethwa ‘needs a psychiatric exam’ for flip-flopping on this decision so blatantly.

This guys needs a psychiatric exam. Just the other he was out there defending this and now it’s under review. https://t.co/19Zd6u8JMn