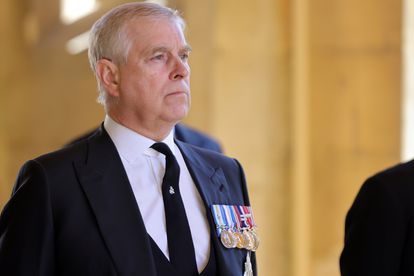 Some major breaking news is reaching us on Tuesday afternoon, as we learned just moments ago that Prince Andrew has managed to reach a financial SETTLEMENT with his alleged sexual assault victim, Virginia Giuffre.

Lawyers for both the defence and the prosecution released a joint statement, confirming that the Queen’s son will pay-out a substantial amount to both Giuffre and the charity she represents, which supports the victims of sexual crimes.

“Virginia Giuffre and Prince Andrew have reached an out of court settlement. The parties will file a stipulated dismissal upon Ms. Giuffre’s receipt of the settlement, the sum of which will not be disclosed. Prince Andrew intends to make a substantial donation to Giuffre’s charity, in support of victim’s rights.”

“The defendant has never intended to malign Ms. Giuffre’s character, and he accepts that she has suffered both as an established victim of abuse, and as a result of unfair public attacks… it is known that Jeffrey Epstein trafficked countless young girls over many years.”

“The defendant regrets his association with Epstein, and commends the bravery of Ms. Giuffre and other survivors. He pledges to demonstrate his regret by supporting the against the evils of sex trafficking.”

The bombshell developments effectively bring an end to a three-year legal battle. Prince Andrew stood accused of being involved with Jeffrey Epstein and his sex trafficking operation, which preyed on young girls.

The royal’s association with the vile figure has been a source of deep embarrassment and shame for the British Monarchy. Indeed, signing a settlement agreement doesn’t exactly paint a picture of a comprehensively innocent person. Nonetheless, it does keep the accused out of the dock, and a potential prison cell.

What next for Prince Andrew?

Alas, the legal proceedings will come to a conclusion – and for now, The Duke of York is officially off the hook.

????????????????????????????????: Prince Andrew has reached a financial settlement with Virginia Giuffre, new court documents reveal. The sum will not be disclosed but lawyers for both confirm that Andrew will make a “substantial donation” to @VRSVirginia’s charity in support of victims rights.