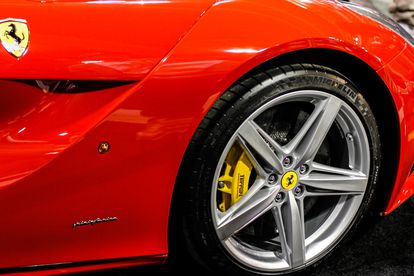 A woman in Pretoria is offering a R5,000 reward for the return of the key to her multimillion rand Ferrari FF. The woman is reported to have lost the keys to her car during an altercation which occurred at a popular bar in Moreleta Park, east of the capital.

The woman’s friend, Johnny Rockett, posted a picture of a key to the same Ferrari model, offering the reward. Rockett said replacing the key would set his friend back a whopping R120,000.

“The problem is that when you order the car the spare key is an extra R39,000. Not a lot of people who drive these vehicles have a spare key but these vehicles are usually parked in their showroom or garage,” he said.

TimesLive spoke to one of the owners of Jack Friday’s – the Pretoria establishment where the mystery Ferrari FF owner lost her car keys. Allen Nyamupachitu confirmed to the publication that there had indeed been an altercation between two women the previous Sunday.

The row between them continued at the parking lot in the early hours of Monday morning.

“Apparently there was another altercation between the same people and the keys were lost then,” they said.

Meanwhile, Jean Buys, part owner of Rock88 Bar and Braai, which neighbours Jack Friday’s, said the woman who owned the vehicle approached them to view their CCTV footage of the row and also asked if she could put up posters offering the reward for the return of her keys.

“We looked at the footage and you can’t see any keys being dropped on the ground. We searched everywhere in the parking lot, we even looked in the gutters,” Buys said.

They eventually loaded the Ferrari onto a flatbed and towed it away.