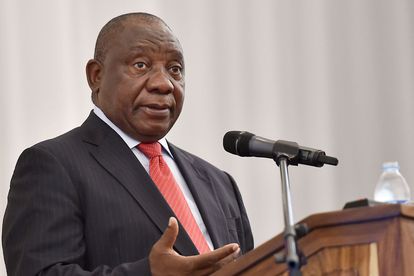 President Ramaphosa revealed that teams have been set up to deal with illegal mining and zama zamas. Photo: GCIS / Flickr

President Ramaphosa revealed that teams have been set up to deal with illegal mining and zama zamas. Photo: GCIS / Flickr

South Africans are waking up to President Cyril Ramaphosa still at the helm on Friday morning, 2 December 2022, not long after speculation was rife that he would be stepping down from office. As things stand, Ramaphosa is currently weighing his options and just about anything is possible.

It was News24 which reported that Ramaphosa was quite likely to resign, just a day after the special section 89 indepent panel of experts found that he has a case to answer in the Phala Phala scandal. The findings of the report has led to more calls for Ramaphosa to pack up and go, including the detractors in his own political home, the African National Congress (ANC).

WILL RAMAPHOSA STEP DOWN FROM OFFICE?

While there is now uncertainty as to whether President Cyril Ramaphosa will in fact resign, The Star has reported that he met with his advisers and other members of his team to discuss the way forward. According to the publication, Ramaphosa has told his inner circle that he would much rather resign than be removed.

“He would rather resign than face the public court, in Parliament and in the courts,” a source is quoted as having said.

“We appreciate and understand as to how an expectation and address to the nation will rise because of high levels of interest on the matter. We appreciate the enormity of the issue, what it means for the country and the stability of government and as a result of that he is still processing the report,” Magwenya said.

It was reported that Ramaphosa would also resign as ANC leader and withdraw from the party’s elective conference, which is just two weeks away. His deputy David Mabuza would then replace until Parliament votes for a new president.