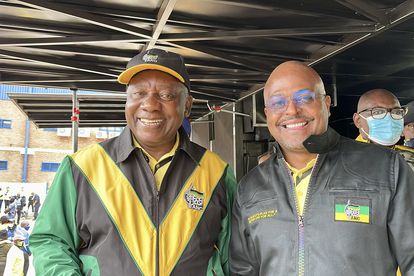 President Cyril Ramaphosa has added his voice to those reacting with shock and sadness, to the passing of former Johannesburg Mayor Mpho Moerane.

Moerane died at Milpark Hospital on Wednesday, 18 May 2022, more than a week after being involved in a serious car accident.

Tributes have been pouring in from his former comrades and ordinary South Africans.

Moerane is currently the leader of the ANC caucus in the city and heads the regional task team fundraiser. Moerane briefly served as the mayor of Johannesburg, having been elected in October 2021. However, it wasn’t long until the party ceded control of the metro in the 2021 Local Government Elections. His namesake, the DA’s Dr Mpho Phalatse then took over as mayor.

When Moerane became mayor, he replaced Jolidee Matongo, who also died in a car accident. Matongo himself had been completing the term of Geoff Makhubo, who succumbed to COVID-19 in July 2019.

In his tribute message to Mpho Moerane, President Cyril Ramaphosa hailed the former Johannesburg Mayor for his leadership in the metro and within the ANC.

“This is a sad day for Johannesburg and for the nation, as we mourn the passing of a vibrant, young leader. Mpho Moerane was an entrepreneurial, multi-skilled leader who placed his talents and creative energy at the disposal of the citizens of Johannesburg”

“We will miss his contribution to his political home, the African National Congress, and to the development of Johannesburg as one of our country’s and continent’s most important economic and cultural centres”

News of Moerane’s passing comes just as his family had to recently dismiss reports falsely claiming he had succumbed to his injuries. At the time, the family insisted that he was on the road to recovery and would be discharged soon.

“All I can say is that comrade Mpho is not conscious at the moment. However, I cannot go into details of his illness, and that is all I can say,” said family spokesperson Mike Maile at the time.