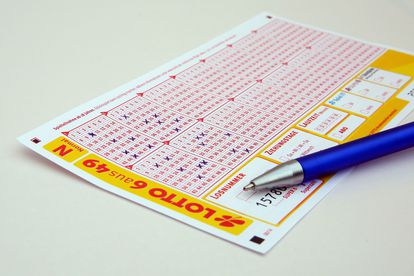 There were two winners of Saturday, 14 January’s Lotto jackpot, with the players banking well over R5 million each. Photo: Pixabay

There were two winners of Saturday, 14 January’s Lotto jackpot, with the players banking well over R5 million each. Photo: Pixabay

Fancy your chances, then? Another rollover for BOTH Powerball draws has helped created two mega-jackpots on Tuesday 1 November. In total, there is R136 million up for grabs this evening – and lottery operators are encouraging South Africans to snap-up their tickets.

Powerball draw for Tuesday 1 November: A LOT of money on the line!

The two Powerball draws are both offering bumper prizes this evening. Over the last few weeks, players have come close to winning the jackpot, but ultimately, no-one has been able to crack the code. Entrants must match FIVE winning numbers, alongside a chosen Powerball.

The odds may be stacked against you as an individual. But, while your chances remain even a fraction above zero, there’s a reason to play. The opportunity to become an overnight millionaire is alluring at the best of times – and that only intensifies on nights like tonight.

What is the Powerball jackpot for Tuesday 1 November?

Powerball draws are made every Tuesday and Friday. They are separate from the main Lotto draws, which occur every Wednesday and Saturday. However, not every prize reaches these dizzying heights – and both the ‘Main’ and ‘Plus’ jackpots are in the stratosphere.

You can walk away with R76 million if you win the official Powerball draw, or R60 million if you match all numbers in the Powerball Plus draw. Officials for the National Lottery are now encouraging regular players to get their tickets secured before the numbers are announced.

When is the official draw made?

The draws will take place at 21:00 on Tuesday 1 November. And, there are a number of ways to get yourself involved…

“Don’t miss out on the total estimated jackpot, which stands at R136 MILLION this Tuesday! Play Powerball for R76 MILLION, and Powerball PLUS for at R60 MILLION. You can enter in-store, online, via the app, on cellphone banking, or simply dial *120*7529#” | SA Lottery