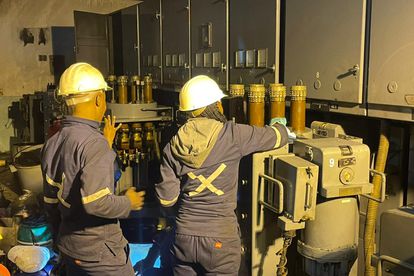 As if several days of load shedding heading into the long weekend wasn’t already enough. Multiple areas in Johannesburg are now experiencing power outages for different reasons. A fire at a substation in Eldorado Park has caused the most damage. Repair work is also being carried out in several other areas across the city.

A seemingly much bigger problem is causing outages in the Reuven and surrounding areas. A cable fault at the Wemmer substation was unable to be reached on Saturday morning. At 7AM, the City Power team were left waiting for a jackhammer to arrive. The affected cable was buried under a concrete slab.

City Power has been unable to provide an estimated repair time for this outage.

The Friday substation fire at Eldorado Park has been described as “coordinated sabotage.” Those are the words of City of Johannesburg Mayor Mpho Phalatse.

“If you take this and the fact that we have had  so many other incidents such as tunnel fires, cable theft in different parts of Johannesburg, it is clear that this is all part of a coordinated sabotage of this administration.”

City Power says that power is only expected to be fully restored to the following areas by Wednesday.

At 2AM on Saturday, equipment needed for the repairs began arriving and being installed.