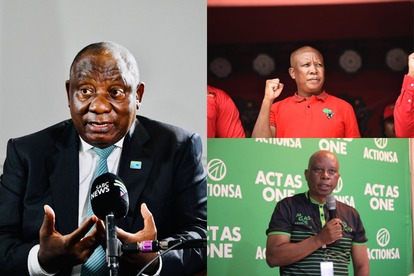 The Independent Electoral Commission (IEC) has revealed that only four political parties declared donations to the tune of R27 million in the first quarter of the current financial year.

“The four parties made a total disclosure amount of R27 037 687.13. Some of the disclosures were made late as they should have been made during the fourth quarter of the 2021/22 financial year,” the IEC said in a statement on Tuesday, 30 August 2022.

According to the IEC, four South African political parties revealed donations in the first quarter of 2022 as follows:

The DA made the highest disclosure of nearly R16 million. The single largest amount was R15 million made by Fynbos Ekwiteit (Pty) Ltd. The same entity made contributions to the party in the previous financial year.

The African National Congress (ANC) made the second highest disclosure of R10 million. The donor is Botho-Botho Commercial Enterprise. This entity should not be confused with Batho-Batho Trust, which made a significant donation to the ANC in the previous year.

“ActionSA disclosed the third largest cumulative donations this quarter. These donations were received from Style Eyes of California (Pty) Ltd and Shave & Gibson Group (Pty) Ltd. The former made a monetary donation of R600 000 and the latter a donation of R150 000. Both these donors have also previously donated to the same party in the last financial year,” the IEC added.