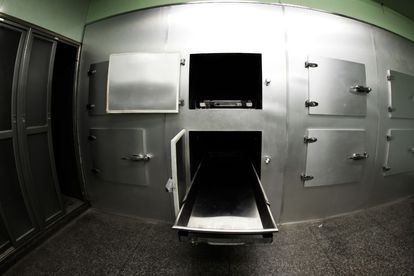 The Eastern Cape police are seeking the assistance of the public to identify the bodies of four unknown men at Mdantsane mortuary.

According to police spokesperson Captain Nkosikho Mzuku, the four men are still unidentified at the facility.

“Police investigators are appealing for assistance from members of the community with missing relatives to come and identify the unknown bodies at the Mdantsane mortuary.”

He said recently, a body of an unknown well-built male, dark in complexion estimated to be in his thirties, was found with wounds floating at Greenaker River in NU 7, Mdantsane.

“He was wearing black track pants and a floral shirt.”

Meanwhile, last month, the bodies of 20 unidentified men believed to be Zama-Zamas were found wrapped in white plastic bags in Orkney in the North West, police said.

She said twenty unidentified male bodies were – on Tuesday and Wednesday- found at two various locations in Orkney outside Klerksdorp.

All the deceased are suspected to be illegal miners commonly known as “Zama-Zamas” operating in obsolete shafts in Orkney and Stilfontein.

Mokgwabone said the first five decomposed bodies were found at approximately 19:00 on Tuesday 15 June 2021, outside an old and unused mine shaft ventilation in Lawrence Park, Orkney.

The following day, 14 more decomposed bodies were found along Ariston Road near the railway line in Orkney.