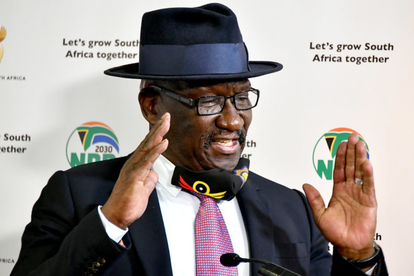 South Africa’s murder rate is on the rise, although the recent unrest that rocked parts of KwaZulu-Natal and Gauteng in July, fulled the spike according to the latest police crime statistics.

More than 6000 people were murdered in the country during the latest three month reporting period.

This was among the insights Police Minister, General Bheki Cele shared when he released the crime statistics for the quarter 1 July 2021 to 30 September 2021 on Friday. This is the period when the country was under Lockdown level four, three and two. The statistics have been compared to the corresponding period in the 2019/2020 financial year when the country was under lockdown level three, two and one.

Cele said the latest crime statistics provided the nation with “ a glimpse” of the crimes that took place during the July unrest, which included the vicious destruction of infrastructure, warehouses and looting of business premises. A total of 342 people were killed during the unrest in Gauteng and KwaZulu-Natal.

“These crime figures are certainly not reflecting a crime holiday, they are neither as alarming as the previous quarter figures which were skewed, as figures of a period that had no lockdown restrictions, were compared to a period, where the country was placed under hard lockdown,” Cele said.

In the three months of reporting, police crime statistics reflected a 20.7 % increase in murder. However, compared to the previous normal period when there was no lockdown during the 2019/2020 financial year, murder rose by 13.2%.

“This is 1 056 more people killed compared to the corresponding period in the previous financial year. Compared to a period without Lockdown, this would have resulted in an increase of 717 deaths,” Cele said.

Cele said the July unrest in Gauteng and KwaZulu-Natal had contributed to the rise in murder.

“This is evidenced by the Kwa-Zulu Natal province recording a 44.4% increase in its murder cases in the period of July to September this year,” Cele said.

A total of 1 744 people were killed in KZN province during the three month period.

In Gauteng there were an additional 229 murders compared to the previous comparable period, Cele said.

“While it is clear that the July unrest contributed to the murder figures before us, we must concede that other provinces such as Free State, Limpopo, Mpumalanga, Northern Cape and the North West recorded double digit increases in murder cases during this reporting period,” Cele said.

According to the crime statistics, 1 334 murders occurred at the home of the victim or of the perpetrator. From a sample of 5 176 cases it was determined that a total of 2 424 people were murdered in public places such as streets, open fields, parking areas and abandoned buildings.

A total of 424 murders occurred at taverns, shebeens, nightclubs and bottle stores. Liquor outlets are the third most likely place, to be killed in South Africa

Cele said a “glimmer of hope” was shining in the Western Cape.

“It is the only province to record a decrease in its murder cases. Out of the Top 30 murder stations, the Harare, Khayelitsha, Nyanga  police stations in the Western Cape, recorded decreases in their murder figures. We remain encouraged by the decreases and attribute them to the resourcing of policing in the Western Cape through more personnel and vehicles deployed at identified hot-spots, especially in the Cape Town Metropole,” he said.

He said that the Western Cape had received the lions share of policing resources and funding to bring about peace and stability.

“SAPS has injected the most resources in that province and in KZN, compared to all other provinces.  We see that from the intervention in place in the western cape, they are beginning to bare fruit, and we’re seeing a pattern of stability emerging,” he said.

He said resources would be deployed to other hot spot provinces.