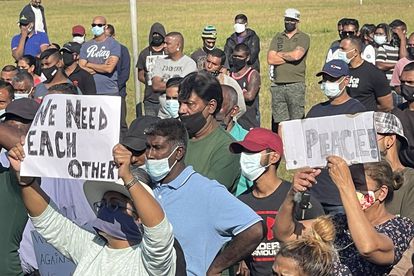 KwaZulu-Natal (KZN) Premier, Sihle Zikalala has visited families of victims who died in Phoenix and surrounding areas during the civil unrest in Gauteng and KZN.

Minister of Police, Bheki Cele previously said people were hacked and died of gunshot wounds in Phoenix as racial tensions intensified in the area in the past two weeks. Among those killed during the violent incidents in Phoenix was an 11-year-old boy from Inanda.

The premier and other KZN MECs visited over 23 families whose members were killed in three wards (59, 57 and 53) in Inanda.

“We were here to ensure that we start engaging on an intense programme of social cohesion where we would be able to engage Africans and Indians to participate in programmes that will ensure that they embrace each other, live together in peace and harmony and ensure that such things do not happen again.

“So far one person has been arrested, and that is good enough. Police must proceed and ensure comprehensive arrests,” Zikalala said.

He added that police are investigating 38 murder cases, and these include other cases that happened in Verulam and surrounding areas.

Police Minister, Bheki Cele also visited Phoenix twice in the past week, he confirmed that a dedicated team of ten detectives has been tasked with investigating the murders that were reported during the civil unrest that saw many communities in KZN form vigilante groups.

During his first visit on Thursday, the Minister said the primary problem in Phoenix is criminality and that there is a secondary problem which is the racial connotations that has happened.

However, on his second visit, Cele reiterated that it is not about race but about fighting crime.