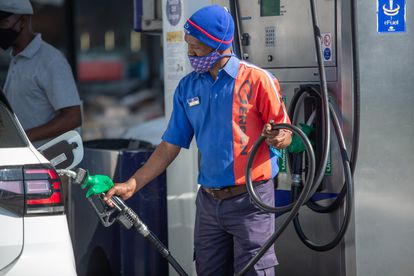 It’s going to take a few deep breaths before we pluck up the courage to enter a gas station forecourt next month. The April petrol price increase is likely to be a shocker for South Africa – even in a ‘best case scenario’.

Petrol price increase for April 2022 – what to expect

In all fairness, there’s not a great deal of difference between the best outcomes and the worst outcomes. That’s how utterly screwed we are with all this. Like it or lump it, both diesel and petrol prices are primed to skyrocket.

Earlier on Tuesday, the government suggested it would look to lift all tax costs on fuel for ‘a maximum of two months’, allowing South Africans to save up to R6-per-litre until the situation calms. However, it’s not yet been confirmed if these proposals will come to fruition in April. And if they don’t, trouble lies ahead.

The best case scenario has been presented by the Central Energy Fund. They are the only body that is not predicting the petrol price will rise by more than R2-per-litre. In this case, consumers in coastal regions would be spared the indignity of paying over R23-per-litre for their fuel.

However, in the worst case scenario – mapped out by East Cape Fuel – diesel costs would soar by R3.25 per litre, and motorists needing petrol would be asked to fork out almost R24-per litre next month.

The AA, meanwhile, provides the middle ground. Their predictions are nothing to celebrate, but they at least give us a baseline that is noticeably cheaper than the one provided by East Cape Fuels.