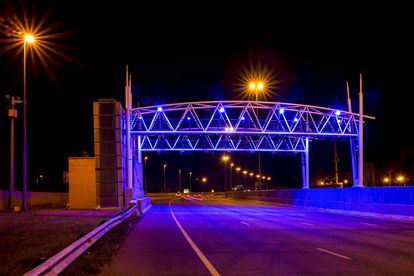 A possible plot to raise the fuel levy during the September petrol price decrease has riled OUTA – Photo: Turnpike / Flickr

A possible plot to raise the fuel levy during the September petrol price decrease has riled OUTA – Photo: Turnpike / Flickr

Those ghastly gantries of Gauteng may come back to haunt us all once more. The unpopular e-tolls have cost SANRAL dearly over the years, thanks largely to mass non-compliance. However, the government may now sense an opportunity to fix things – by looking at the petrol price.

The forecasts for September 2022 are a sight for sore eyes. After months of sustained and jaw-dropping increases, the petrol price is finally on course for a major decrease. It really is the least any of us deserve. But the extent of this drop could soon be curtailed.

Fuel could come down by OVER R2.50-per-litre next month, knocking more than 10% off some grades of petroleum. Alas, the Organisation for Undoing Tax Abuse (OUTA) have one eye on the Finance Minister – who they suspect will now RAISE the fuel levy to pay for e-tolls.

It would be a move as brazen as it is contentious. Billions have been squandered on the ill-fated project. Should Enoch Godongwana try and engineer a tax-funded bailout for these e-tolls, OUTA have promised to lead the fightback.

It’s estimated that increasing the fuel levy by 25c/l would allow an additional R5.5 billion will flow into Treasury’s coffers each year. As appealing as that sounds for the government, the financial experts believe it would ultimately lead to ‘long-term negative ramifications’ for taxpayers.

“All indications are that South Africa’s price of petrol and diesel will reduce by around R2.60 and R2.30 per litre respectively on 7 September, the first Wednesday of the month. However, OUTA is concerned that the Minister of Finance Enoch Godongwana may seize this opportunity…”

“He could use this petrol price reduction to increase the fuel levy by 25c to 30c per litre, in order to raise additional revenue to cover the Gauteng freeway improvement bonds, which the e-toll debacle has failed to do.”

“Should this happen, OUTA will denounce this decision on the basis that the fuel levy has already been increased in excess of R2.50/l since the Gauteng freeway upgrade began in 2008. Government should not lean so heavily on its taxpayers.” | OUTA on possible fuel levy increase

READ: Should this happen, OUTA will denounce it since the #fuellevy has already been increased by more than R2.50/l since the Gauteng freeway upgrade began in 2008.
A welcome fuel price reduction may be hijacked to increase fuel levy in place of e-tolls.https://t.co/QlOrJ7nDY3