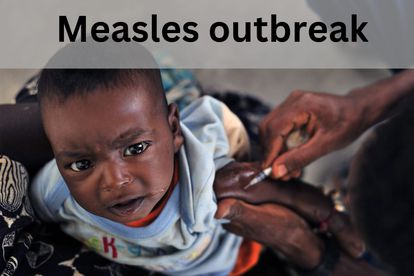 Measles vaccination coverage has steadily declined since the Covid-19 pandemic began, according to the World Health Organization (WHO).

A record high of nearly 40 million children missed a vaccine dose in 2021.

As a result of the decline in vaccination, millions of children are susceptible to infection.

This which threatens global progress toward eliminating measles.

Vaccines against Covid-19 have been developed in record time and deployed in the largest vaccination campaign in history.

Routine immunization programs were disrupted, and millions of children missed out on life-saving vaccinations.

The situation is grave

Even though measles is one of the most contagious human viruses, it is almost entirely preventable through vaccination.

For adequate protection and herd immunity, coverage of 95% or greater of two doses of vaccines is needed.

Worldwide, only 81% of children have received their first vaccine, with only 71% receiving their second dose.

WHO calls for global action

Outbreaks and re-transmissions of measles have occurred in 10 countries previously free of the disease.

As part of their coordinated and collaborative efforts to find and immunize all unprotected children, the Centers for Disease Control (CDC) and WHO have urged all partners globally to prioritise efforts.

ALSO READ: Measles outbreak: FIVE symptoms of measles to look out for

Between 1 September and 22 November 2022, laboratory-confirmed cases of in the provinces of Mpumalanga and Limpopo stood at 71.

Limpopo has 60 confirmed cases in these districts: