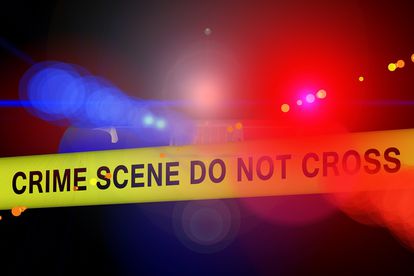 On Saturday, 3 December, the body of 5-year-old Siphenathi Xhali was discovered brutally murdered in her uncle’s home in Kwanonqubela, Alexandria.

The suspect (the child’s uncle) reportedly called the police around 05:40 in the morning to report a person being assaulted at his home.

When detectives arrived, they discovered the brutally battered body of a 5-year-old girl lying on the lounge floor.

The suspect was too drunk and incoherent to explain what had happened.

Victim found with multiple wounds – police suspect she was raped

The victim, who was identified as Siphenathi Xhali, sustained multiple wounds to her body.

It is suspected that she was murdered with a spade, which was later discovered in the yard of a neighbor.

It is also suspected that Xhali was raped. A post-mortem examination will be performed to confirm such suspicions.

Her mother is said to have dropped her off at her father’s house around 14:00 on Friday, 02 December.

In turn, her father dropped her off at a neighbor’s house.

Xhali was taken from the neighbor’s house in the early hours of Saturday morning.

Suspect detained on a charge of murder

The suspect, 43, is being held on a murder charge and is scheduled to appear in Kenton-On-Sea Magistrate’s Court early next week.

An additional charge of rape may be added pending the results of the post-mortem examination.

Mene has expressed grave concern about the brutality of gender-based violence, adding that it is concerning that communities fail to protect children.

He said that many people are murdered by people they know, love, and trust.

“These people are cruel and heartless, and they must be dealt with more forcefully, particularly when it comes to women and children. Such a tragedy is especially upsetting during the country’s 16 Days of No Violence Against Women and Children. It is past time for everyone to band together to put an end to this devastating social ill in our society.” Mene added.