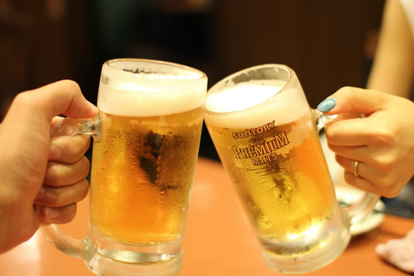 Football fans at the FIFA World Cup were left stunned by a stadium beer ban which was confirmed just 2 days before the tournament kicks off. Stock Image via Unsplash

Football fans at the FIFA World Cup were left stunned by a stadium beer ban which was confirmed just 2 days before the tournament kicks off. Stock Image via Unsplash

This one’s been on the cards for a while, but it now appears that the Western Cape will move forward with its plans to completely revolutionise liquor laws in the province…

Provincial Premier Alan Winde spoke of ‘imminent’ changes coming to existing liquor laws in the south-west, during his State of the Province Address on Monday. The draft proposals have taken years to craft, but according to the Western Cape Government, a set of significant amendments have been granted ‘principal approval’.

For consumers, things will largely remain the same. It’s traders and business owners who’ll have to get up to speed with new requirements, once they are officially ratified by the local legislature.

What will change in the Western Cape?

The laws will encourage vendors to keep better written records of all alcohol purchases, tighten up processes to prevent the illegal sale of booze, and find a way to challenge underage drinking more robustly. Winde says the measures will tackle the deadly relationship the province has with liquor, and he’s looking for immediate approval:

“Our Provincial Cabinet has now granted in principle approval for the first set of amendments to the Western Cape Liquor Amendment Bill to be drafted. Drafting instructions are now in an advanced stage, and should be completed imminently.”

“The next steps will include a full Regulatory Impact Assessment process of the second set of proposed amendments to the bill. This two-step amendment process is to ensure that quick-win amendments can be made as soon as possible, and not be delayed by more significant changes that will require an extensive public participation process.”

Amendments to liquor laws ‘will not ban alcohol’

Those of you fearing the advent of another alcohol ban (eish, don’t remind us) can relax easy, too. Premier Winde is a staunch opponent of prohibition, and he has vowed not to jeopardise the local economy with these policies.

“I want to make a commitment that our approach to tackling alcohol-related harms will not be done in a way that hurts the economy and costs jobs. We simply cannot afford that. We, however, cannot let the status quo continue either. We must be innovative and targeted in our approach so that we end this deadly relationship once and for all.”