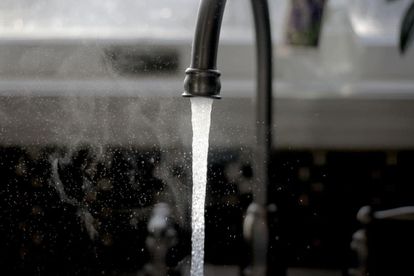 The entire Nelson Mandela Bay community was put on high alert on Monday night, after officials from the municipality confirmed that the local water supply ‘presented a risk to human health if ingested’.

NMB locals told to boil water before consuming it

The shock announcement came just HOURS after NMB representatives claimed the tap water was fit to drink. However, follow-up investigations confirmed that the supply has fallen below SANS standards.

As a precaution, consumers are being asked to boil any water coming from their taps before ingesting it. Although an urgent response has been coordinated, it’s not clear when the reticulation system will be declared safe again.

Why is the water in Nelson Mandela Bay now ‘undrinkable’?

It’s understood that extremely low dam levels and barren reservoirs are contributing to the dirty water spraying from the municipality’s taps. A statement issued on behalf of Nelson Mandela Bay explained that the microbiological limits used to assess water safety had been surpassed on Monday evening.

“The municipality has come to detect failures in water compliance with SANS standards. This means that, for now, the water coming out of our distribution system could present a risk to human health if ingested. The Municipality wishes to assure its residents that it’s treating this matter with the utmost urgency and seriousness.”

“The current drought facing the City, with the resultant low dam levels and fluctuating reservoir levels, is one of the major contributing factors. Certain microbiological limits have now been exceeded, and the Nelson Mandela Bay Municipality is urging all consumers to boil water before drinking it, or cooking with it.”