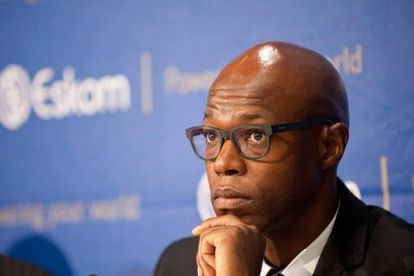 Former Eskom CEO Matshela Koko has weighed in on the embattled power utility‘s decision to implement stage 5 load shedding. Koko has been quite vocal about Eskom’s affairs, putting aside the fact that he has been partly blamed for its current state.

The parastatal announced on Saturday, 17 September 2022, that load shedding would be ramped up to stage 5 after several breakdowns. This is expected to continue at least until Monday, but if Eskom’s track record is anything to go by, all this could very well change.

STAGE 5 LOAD SHEDDING: SHOULD WE BRACE FOR THE WORST?

Matshela Koko, who was made acting Eskom CEO after Brian Molefe’s resignation in 2016, reckons the implementation of stage 5 load shedding means the worst for the utility.

“As we inch to the stages 6, 7 and 8. Stage 5 on a Saturday can only mean the wheels have come off,” Koko wrote on Twitter.

The Chairperson of the State Capture Inquiry, Chief Justice Raymond Zondo, recently recommended that Koko and former Eskom CFO Anoj Singh be charged for their roles at Eskom.

The Commission has heard how Eskom was essentially used as a cash cow for the controversial Gupta family, partially thanks to former president Jacob Zuma and several other key figues – including Koko, Molefe and Singh. In his report, Zondo found that Koko and Singh were involved in a scheme that saw the Gupta-owned Tegeta Exploration and Resources unduly receive hundreds of millions of rands from the utility.

“Molefe, Singh and Koko all benefited from the Guptas and Essa in various forms. This may constitute the criminal offence of corruption … it is recommended the law enforcement agencies conduct such further investigation with a view to the possible criminal prosecution of the implicated parties by the NPA for their part in facilitating the fraud, corruption and financial misconduct against Eskom and the state,” Zondo wrote.