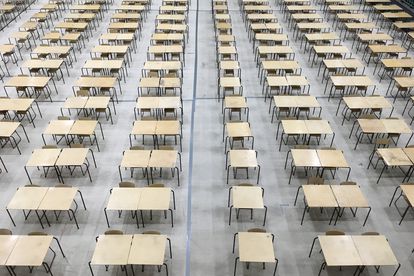 An unsolvable equation has allegedly made its way onto Maths Paper 2 this year. Hundreds of thousands of learners taking the matric exam on Monday noted the sheer horror of Question 5.1, which has been described as ‘impossible to solve’ by a number of experts.

Immediately after the matric exam finished, students were quick to complain about the riddle they were confronted with. Left with no fair chance to solve it, parents and teachers alike shared the concerns raised by their top pupils. It appears the question was deeply flawed.

Hello, which question was problematic? We'll forward the query to our exam unit.

Elijah Mhlanga is a Spokesperson for the Department of Basic Education. He has been confronted with a raft of complaints, insisting that the question doesn’t make any logical sense. Mhlanga has spent most of the last 24 hours trying to douse these flames of fury.

“There are concerns that have been raised by different people… We have recorded it for thorough investigation and until such time relevant committees have sat down to study the question paper and make a declaration of an error, I am not in a position to say that.” | Elijah Mhlanga

Will there be a rewrite for Maths Paper 2? Matric exam officials not keen

Speaking to CapeTalk on Tuesday, Mhlanga said the matter could be easily resolved for students fearing that this question could affect their grades. He stated that, should the ministry confirm that there was no right way of answering, the question would be removed from the final marks.

So, if Question 5.1 was worth five marks, on a paper graded out of 100, matriculants would instead receive a mark of 95 instead. A rewrite of Maths Paper 2, however, remains wholly out of the question.