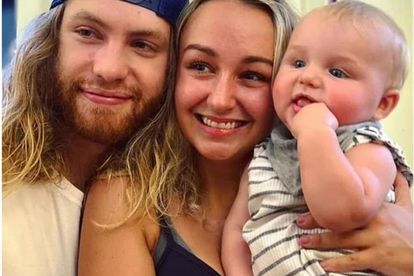 In a story that will probably reignite debate around gun safety, a 25-year-old man has died after being fatally shot by his one-year-old son. According to authorities in Georgia, the United States (US), the toddler had found his gun and subsequently fired it at him, killing him, the New York Post reports.

Police responded to the shooting of Dustin Walters on 5 December 2021, which occurred with other family members still in the house.

“The preliminary investigation determined that Walters was wounded when a toddler, who was just under 2 years of age, found and fired the handgun, striking Walters”

“We grieve along with the Walters family. As a parent, I cannot imagine what this family is going through or will continue to go through in the coming years. What we want to make sure now is that parents are aware that although rare, these incidents can happen with tragic results,” Chief Roy Minter said in a statement. He was transported to Memorial Medical Center, where he died as a result of his injuries.

It been two weeks since Dustin Walters was shot by his one-year-old son, but the story was only made public recently. It has been reported that Savannah police are still investigating the circumstances surrounding the shooting and for now, it is not clear whether any of the family members will face charges in relation to the incident.

Walters, who was married and worked for an online real estate development company, was laid to rest on 10 December.

In the wake of the Walters’ tragedy, police have called on the public to practice gun safety and talk to their children about it.