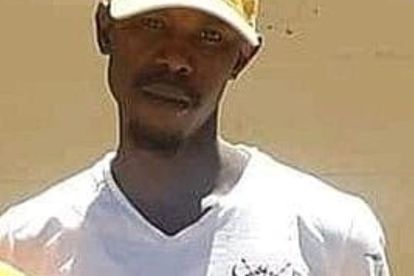 Man hands himself in after killing girlfriend and 11-year-old child
Photo source: Supplied

Man hands himself in after killing girlfriend and 11-year-old child
Photo source: Supplied

After managing to evade authorities for a couple of months, a 31-year-old man in Pretoria has been arrested for allegedly killing his girlfriend and an 11-year-old child, who is believed to have also been raped by him.

According to the South African Police Service (SAPS), on 20 March 2022, the suspect allegedly choked both the victims and also raped the child in Nellmapius before fleeing. Not long after the incident, police launched a manhunt for the suspect, in connection with the murders and rape, urging members of the public who may have information relevant to the case to come forward.

PRETORIA MAN ACCUSED OF MURDER AND RAPE DUE IN COURT

Gauteng SAPS says they managed to arrest the man on Sunday, 12 June 2022 in Limpopo after he decided to hand himself in. He faces murder and rape charges and is expected to make his first appearance in the dock on Tuesday.

The circumstances surrounding what happened on that fateful day remain unclear at this stage, including how both victims are related to each other.

“The Provincial Commissioner of the police in Gauteng, Lieutenant Elias Mawela has welcomed the arrest of the 31-year-old man who has been on the run after he allegedly killed his girlfriend and an 11-year-old child on 20 March 2022 at Nellmapius. The suspect was arrested yesterday at Lebowakgomo in Limpopo province after he handed himself to the police. The suspect will be appearing before Pretoria Magistrates’ Court tomorrow, 14 June 2022,” Gauteng SAPS spokesperson Dimakatso Sello said in a brief statement.

Earlier this month in the Free State, a man who murdered his girlfriend was sentenced to 15 years behind bars. The Hawks in the province allege that Moscow Yike took his victim, Mita Malinga, a member of SAPS, from a friend’s house. It wasn’t long after they left when Malinga called the friend and told her Yika was assaulting her – the call cut off after that interaction. Concerned friends then started looking for her and eventually found her body inside a swimming pool the next morning.