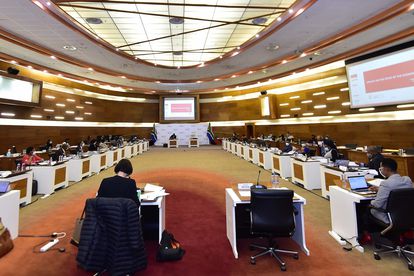 It’s quite literally judgment day for the ministers of South Africa. The Cabinet no confidence vote gets underway on Wednesday afternoon, and some of the ANC’s top brass could be out of a job if the DA gets their way.

LIVE UPDATES on the Cabinet no confidence vote

We assure you the blog IS there – it just takes a moment or two to load. Feel free to refresh the page if needs be. For the meantime, get to grips with the day ahead by reading these informative articles:

Can the DA win this no confidence motion?

The opposition party have got their shot against President Ramaphosa’s inner-circle – but the odds are stacked against them. For the motion to succeed, they need more than 30 ANC MPs to vote with them. They also need every opposition MP on their side, but that’s also unlikely to happen.

Patricia de Lille serves as a Cabinet Minister, but she’s also a representative of the GOOD Party. Neither her nor the party’s other representative in the National Assembly is likely to support the DA’s motion.

There will be no secret ballot, and the vote works on a roll call system. With up to 400 MPs present in the chambers, this won’t be a rapid process. It’s expected that the Cabinet will survive this warning shot, but the DA can take heart from the fact they’ve successfully agitated the government as the country’s serving opposition.

The Blues are also planning an anti-Cabinet protest outside of Parliament:

In Parliament, we debate and vote on a Motion of No Confidence against Ramaphosa’s entire Cabinet of crooks and free-loaders.

Join the #CabinetMustGo protest outside Parliament or watch it live at 11h15 on the DA’s Facebook and YouTube pages. pic.twitter.com/Syiu0vp9nt