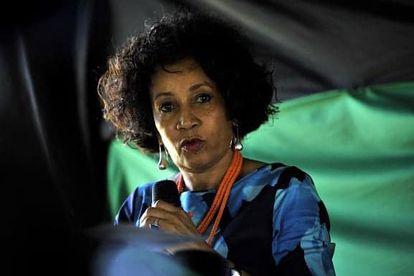 Two members of President Cyril Ramaphosa’s cabinet are now publically feuding. Tourism Minister Lindiwe Sisulu has hit back at Justice Minister Ronald Lamola, just one day after he criticised her for attacking the judiciary and Constitution. While most senior ANC members have remained quiet, things were taken to the next level when Lamola had his say. We told you on Saturday to get the popcorn, now it seems the popcorn machine is overflowing.

Ronald Lamola vs Lindiwe Sisulu: Round 2

From the Acting Chief Justice to the Justice Minister, Sisulu has been getting a proper talking to this week. In an opinion piece published last week, Sisulu accused African judges of being “mentally colonised”. She also questioned whether our constitution is actually beneficial to black South Africans. Acting Chief Justice Raymond Zondo described her comments as an insult.

Lamola agreed in his own piece published on Saturday. He slammed Sisulu for “insulting” judges and called her out for using the term “house negro” to refer to any black person.

Arguably the strongest point made by Lamola? He pointed out that Sisulu did not cite a single judgment by a local court that enforces an “unjust” law.

Well, it seems Sisulu took notice of that.

“I do believe that our Constitution far too often serves the few, the powerful, and the well-connected. It cannot be that resources become the determining factor between justice and injustice, right and wrong, moral and immoral. In this regard, I bring to your attention the ongoing case of Vodacom and Mr Nkosana Makate.”

Sisulu: The Constitution ‘has failed us’

Sisulu is now doubling down on her views on the Constitution. According to her, it fails in its primary task.

Sisulu also criticised the Consitution as it “enabled whites to transfer all their accumulated wealth – their social and physical wealth, which was accumulated undeservedly – almost intact into the new South Africa.”

She even had something to say about her own party. With strong reports that she will look to challenge Ramaphosa for the ANC presidency later this year, take a think about who she could be talking about here.

“Why are you so angry at me?

Should you not be angry with those tasked with carrying out ANC resolutions and parliamentary decisions regarding the land issue? Should you not be shouting from the rooftops at those who have such disdain for the Constitution that they can drag their feet, “stall” the process as long as they deem fit, pour disdain on what South Africa’s people deserve and what they struggled for?

The battle lines have been drawn. With two cabinet members in a public back and forth, will Ramaphosa now intervene?

According to Lindiwe Sisulu, she isn’t worried about losing her job. She closes her latest letter by saying that she will not betray her “convictions” to remain part of Cabinet.