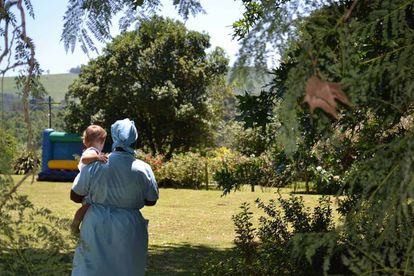 Police in Limpopo are desperately trying to locate a domestic worker, after she allegedly stole a six-figure sum from a family’s safe before making an immediate getaway.

Limpopo police spokesperson Motlafela Mojapelo has confirmed that a case of theft has been opened against the domestic worker. In a statement issued on Thursday, no arrests have been made yet – despite SAPS’ best efforts.

“We can confirm that the police in Modimolle are investigating a case of theft, after a helper allegedly stole some items from the house she was working in and disappeared. The suspect has not yet been arrested and police investigations are continuing,”

The shock developments have left the Phasha family – who employed the missing fugitive – at a loss. They issued a brief update on the matter yesterday, revealing a number of key details about the case.

For context, the domestic worker has made off with almost 5 000 times more than her hourly rate. Eish!

Minister Thulas Nxesi announced that the minimum wage has been increased from R21.69 in 2021 to R23.19 from 1 March 2022. Domestic and farm workers are entitled to the full NMW. Workers employed on an expanded public workers programme (EPWP) are entitled to a minimum wage of R12.75 per hour (55% of the NMW).

A Modimolle-based family in Limpopo has opened a case of theft against its domestic worker after she allegedly stole R120 000 from a family safe and fled the area last Sunday. The domestic worker is a Lesotho national #sabcnews