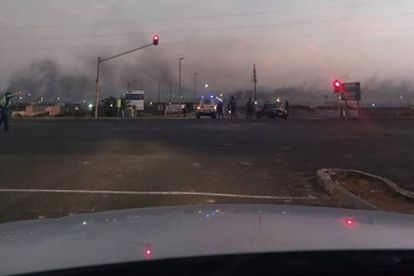 Police were called to disperse protesters on the N2 near Mossel Bay – Photo: Twitter

Police were called to disperse protesters on the N2 near Mossel Bay – Photo: Twitter

The National Shutdown is upon us, and it’s safe to say that things are already in full swing. Protest action across the country has led to road closures in some parts of the country – and most of this was reported BEFORE any of South Africa’s union members downed tools for the day.

Several hot-spots in KZN, Western Cape, and Gauteng have already put police on high alert. There have been reports of rock-throwing on one of Mzansi’s major highways. Meanwhile, burning tyres and heavy debris have already caused havoc in several other provinces.

Service delivery protests have compounded the impact of the National Shutdown, too. Incidents have been reported in at least SIX provinces this morning, as gatvol citizens take their anger onto the streets. We’ve got a full list of the most significant disruption reported here.