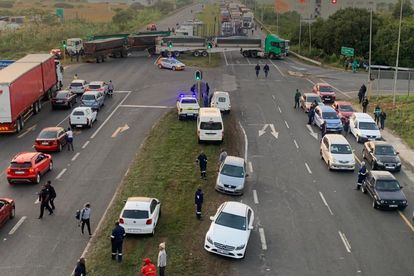 Parts of Mpumalanga were brought to a standstill on Thursday – Photo: Twitter

Parts of Mpumalanga were brought to a standstill on Thursday – Photo: Twitter

Staff working for government departments in Mpumalanga have been told to continue their business from home for the rest of the week, as protests linked to the National Shutdown movement gain traction. Parts of the province were brought to a standstill by road blockades on Thursday.

In a circular shared online by provincial employees, a spokesperson for the Mpumalanga Premier’s office notes the turmoil and disruption being caused by the demonstrators. The directive states that government workers are now permitted to work from home ‘until Monday 11 July’.

Why are protests flaring up?

Protests have exploded in various parts of Mpumalanga, as locals rally against soaring food prices and higher costs of living. Basic essentials are becoming ‘as good as unaffordable’ for millions of South Africans, and dissenters in the north-east of South Africa are making their voices heard.

The protest action is in line with calls for a National Shutdown. Gatvol citizens are being encouraged to shut-down major commuter routes and bring parts of the country to a standstill – and the chaos is likely to intensify, now major unions are backing the action.

Businesses have been forced to close in the CBDs of Mbombela and Pienaar, as bricks and burning tyres continue to pose problems for motorists. Should this anarchy continue, it’s hard to see how Mpumalanga can function at a level resembling anything like normality.

WATCH | A Buscor bus was pelted with stones in Kanyamazane near Mbombela at Mpumalanga. The protests were believed to be against fuel prices’ increase. | #Mbombela | #MbombelaShutdown | #NationalShutdown#BushbuckridgeGuardian | In Touch With The Truth | @BbrGuardianZA pic.twitter.com/X6J5BmLj4R