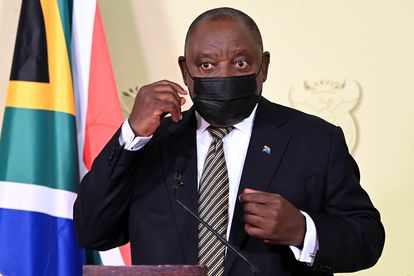 President Cyril Ramaphosa has told South Africans ‘the army will be sent in’ to quell the violent riots that have gripped both KZN and Gauteng, in the aftermath of Jacob Zuma’s incarceration. The SANDF deployment will take place this week, and it is hoped that our collective of soldiers can help restore law and order to each region.

The sheer scale of destruction across these two provinces has been immense. Malls, stores, and shopping centres have all been ransacked – and the unrest has even forced vaccination centres to close down. There is fear on the streets of South Africa, as thousands continue to loot and steal during these lawless protests.

The President moved to condemn the scenes of violence on Monday, reminding those involved in looting that there will be criminal consequences for many people over the coming days. Several people have also lost their lives as a result of these riots, and the fatal consequences were acknowledged by a visibly emotional Ramaphosa.

As well as warning the nation that ‘food and medicine shortages’ could be caused by these riots, Cyril revealed a total of 166 suspects in KZN, and 123 offenders in Gauteng, have been arrested over the past 48 hours. Ramaphosa slammed those who ‘instigated chaos’, and moved to explain how the deployment of SANDF would work going forwards:

“We are mobilising all capabilities to restore law and order to our country. I have authorised the deployment of SANDF soldiers to support our police service. NatJoints has intensified deployment in ALL impacted areas across Gauteng and KZN. All law enforcement officials will be encouraged to serve, even if they have time booked off.”

“In addition to greater visibility of army and police presences, we will also be prioritising the prosecution of suspects believed to be involved in these riots. We will take action to protect every person in this country against the threat of violence and looting. We will restore calm, for the safety and security of our people.”