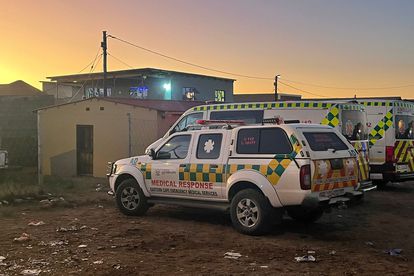 It’s just not getting any easier to swallow. Police have confirmed that the death toll from the Enyobeni tavern has reached 21, and that the victims were all officially classed as ‘minors’ – aged 17 or under.

Amongst the deceased is the youngest victim of the lot – a 13-year-old. It’s understood that a huge number of underage drinkers made their way to Enyobeni in East London, to take part in post-exam celebrations. Why these children thought this would be an appropriate location is beyond us all.

The raw expulsion of grief is being felt heavily in this part of East London. A venue that could only cater for a few hundred was overrun by THOUSANDS of revellers. An establishment that is adults-only allowed teenagers to flood in by the dozen.

It’s all so gut-wrenching. The incident has made international headlines. Not only are we dealing with a human tragedy that weighs so frightfully heavy on the heart, but the nature of these deaths is truly bizarre. After a full day of reflection, we’re still none the wiser to what happened.

SAPS found bodies strewn across the floor of Enyobeni. But none showed signs of physical injury. One source has described the deceased as looking like they ‘dropped to the floor and died mid-conversation’. A lack of trauma to these bodies has ruled out any acts of violence.

But, until we get the first set of autopsy results back, it’s all just speculation at this point. The use of pepper spray by security teams is likely to be probed, but the chances of this killing 21 minors in one deployment are deeply improbable.

Here is the Video of How the Tarven looked last night… How is this place even allowed to operate 💔💔💔💔.. East London #EnyobeniTavern pic.twitter.com/Nnmb9d547c

Tavern tragedy: Where do we go from here?

There is righteous anger running through a community that will never be the same again. Bheki Cele spoke to the masses, yet it felt hollow. What can a minister who has underperformed for years seriously bring to this conversation? His tears were genuine, but what else do we have?

The young lives of 21 people have been wiped out. The only things that will get anywhere near to remedying this burning void of sadness are answers and accountability. This ‘not-knowing’ business is terribly burdensome, and until somebody is forced to take responsibility, the anger won’t subside.

They were just kids. None of them should have been there. Every single victim deserved to fight another day. This is what will never sit right with any of us. Meaningful, hard-hitting lessons need to be learned from this tragedy – because no-one should have to go through anything like this again.