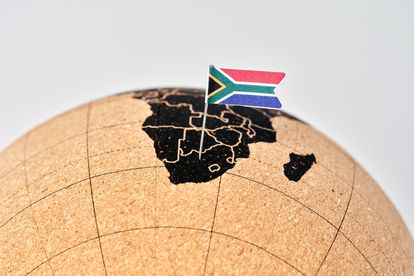 A majority of these latest name changes are in one local municipality – Photo: Flickr / Diverse Stock Photos

A majority of these latest name changes are in one local municipality – Photo: Flickr / Diverse Stock Photos

A total of 17 towns, villages and human settlements have undergone official name changes this week. The tweaks, made for a variety of reasons, have been implemented in both Mpumalanga AND the Eastern Cape.

Some human settlements have to been able to register their official names, whereas other locations had to amend incorrect spellings. However, two place names have been changed on cultural grounds.

Mount Fletcher and St. Augustine – both in the Elundini Local Municipality of the Eastern Cape – have de-anglicised their names, opting for more African titles instead. Mount Fletcher will become Tlokoeng, whereas St. Augustine is now Mahlubini. Plenty of changes have happened in Mpumalanga, too…

Driehoek is no more, and it has been renamed as Uhlelo. Donkerhoek, meanwhile, has transformed into eNtababusuku. Both of these areas are within the Mkhondo Local Municipality. All other changes in this province are either name corrections or registrations.

The Nkangala Municipal District experienced the most changes, accounting for 13 of the 17 features. You can see the full list here – and your GPS might have to now adjust itself accordingly!

A series of significant name changes have taken place over the last year or so – the biggest of which came when Port Elizabeth switched to Gqeberha. The town of Brandfort in Free State was also renamed after Winnie Mandela in 2021, and both moves weren’t without controversy

Minister Nathi Mthethwa signed the official documents yesterday. He confirmed that the South African Geographical Names Coucil Act of 1998 would now reflect these significant changes. One town, a village, two administrative areas, and 13 human settlements are mentioned in the amended laws.

“I, Nathi, Mthethwa, Minister of Sport, Arts and Culture officially approved the following geographical name, in terms of Section 10 (2) of the South African Geographical Names Council Act (Act No 118 of 1998).”