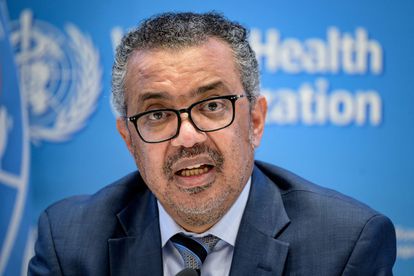 Just days after the World Health Organisation (WHO) declared Monkeypox a global emergency, the group’s top officials have publicly issued a set of guidelines for those who are most likely to be affected by the disease. However, some believe this advice equates to a ‘sex lockdown’.

What is a sex lockdown, and who is affected?

WHO have made it clear that, although anyone can technically catch Monkeypox, 98% of cases so far have been reported in men who have sex with other men. They issued the following directives on Wednesday:

???? | WHO – Advising a sex lockdown among men who have sex with men

???? This by reducing number of sexual partners, or reconsidering having sex with someone.

They add that 98% of detected #monkeypox cases are among men who have sex with men. pic.twitter.com/RYbyTpuZLr

The WHO are now calling for a sex lockdown because of monkeypox. ???? pic.twitter.com/CLDxH8Z6sU

Monkeypox news and latest updates, Thursday 28 July: How many cases have been reported so far?

Although there are vaccines and other treatments that can help Monkeypox victims, thousands have come down with the disease since the outbreak began earlier this year. Most cases have been reported in Europe, but the fatality rates remain extremely small.

“More than 18 000 cases have been detected in over 70 countries. There have been five deaths so far, with one in 10 cases requiring hospitalisation. The outbreak can be stopped if everyone takes the risk seriously, we must protect the vulnerable.”

“We have to reduce our risk. We are asking men who have sex with men to take more precautions. Although 98% of cases are currently occurring in this demographic, we must stress that anyone can catch Monkeypox if they are exposed to it.”

WHO statement on Monkeypox sex risk