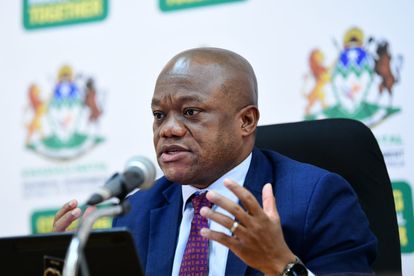 A recent court ruling ordering former president Jacob Zuma back in prison has prompted threats of another resurgence of violence, but Kwazulu-Natal Premier Sihle Zikalala says they’ll be on high alert this time around.

The High Court in Pretoria declared a decision by then Correctional Services’ Commissioner Arthur Fraser to grant Zuma medical parole as unlawful.

While many have welcomed the decision, some of Zuma’s staunch supporters have vowed to bring the country to a standstill as they did back in July when his imprisonment sparked a wave of unrest in KZN – which later morphed into riots and spread to Gauteng.

Zuma has managed to avoid going back to prison for now. He is challenging the court’s decision and his lawyers have applied for leave to appeal at the Supreme Court of Appeal (SCA).

Sihle Zikalala says they are not necessarily concerned about violence arising should Jacob Zuma actually be sent back to prison, but says he supports the deployment of the relevant law enforcement agencies, which government says will be on standby.

He tells eNCA that they will be engaging Zuma and has denied claims made by others that he has abandoned Msholozi, of whom he was once considered a fierce supporter.

“We are not worried per se about violence, but we are alert. We don’t want to be taken by surprise. We are alert and will continue to ensure that we remain vigilant. Clusters like the security cluster should always be alert in the event of anything happening”

However, Zikalala does admit that the Zuma judgement does have the potential of igniting tensions once more, especially in his province. Zikalala had his work cut out for him in the aftermath of the July riots and had the tough task of presiding over the province’s economic recovery. The unrest resulted in well over 130 000 jobs lost in both provinces – and the rise of more violence would undoubtedly worsen the situation.