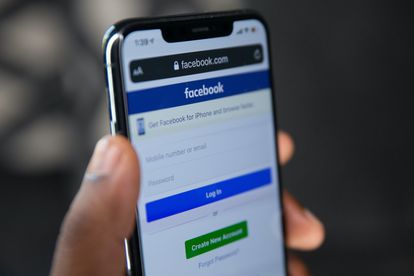 The alleged abuse will now be the subject of a police investigation – Photo: Unsplash

The alleged abuse will now be the subject of a police investigation – Photo: Unsplash

There should be a special place in hell reserved for this particular suspect. A businessman in KZN has reported a disturbing conversation he shared with a man on Facebook Marketplace, after he attempted to pimp out his 10-year-old step-daughter.

The businessman realised the nefarious intentions of the suspect straight away. What started off as a discussion about selling a bed soon degenerated into the purchaser offering out his young step-child to perform sexual services.

The disgusting exchange also revealed that the Facebook Marketplace user ‘had photos of other minors’. What’s more, this was not the first time that the Durban-based sicko had tried to profit from his paedophilic plot. He even claimed that the child ‘enjoyed the abuse‘.

“A man informed Reaction Officers that he operates a business that specialises in the sale of second hand goods. The suspect then responded to a Facebook Marketplace advertisement on Saturday pertaining to the sale of a bed. Both individuals then communicated via WhatsApp.”

“The initial chat centred around the sale of a bed but later changed to the purchaser attempting to pimp his 10-year-old step-daughter. The suspect said he was professional photographer, and that he has ‘naked pictures of minors’ he was hired to photograph.” | RUSA statement

Needless to say, the businessman was left absolutely horrified. His first instinct was to contact Reaction Unit South Africa (RUSA), and he handed over the chat logs to their officers. The case will now be reviewed by SAPS, who now have a trove of evidence against the suspect.

“He informed the businessman that he has sexual intercourse with his step-daughter who does not cry and enjoys being penetrated by older men. The WhatsApp conversation continued yesterday during which the suspect continued to describe his sexual relationship with his step daughter.”

“The businessman, who attempted to entrap the suspect, believes that he may be part of a paedophile syndicate. RUSA is in possession of the WhatsApp chats, and further evidence (not made public). We will be initiating an investigation with the SAPS.” | RUSA statement