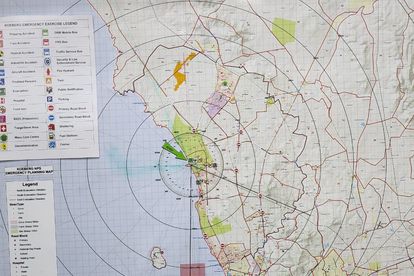 Cape Town’s nuclear power plant was preparing for a nuclear incident on Thursday – but according to city officials, everything is under control. That’s because Disaster Risk Management teams are carrying out their annual drills at Koeberg this week.

Workers based at the facility were put through their paces this afternoon, after they were compelled to prepare for a significant nuclear emergency. Koeberg is based just 30km outside of Cape Town, and the city could be exposed to substantial radiation if the worst was to happen.

However, the chances of this actually taking place remain ‘unlikely’, even with Koeberg’s latest run of bad form. A major generation unit has been offline recently, contributing to the load shedding nightmare that stalks South Africa.

City of Cape Town ‘plans for what is difficult, while it is easy’

With reports of several maintenance issues over the past year or so, the plant is seen as a bit of ‘problem child’ within the Eskom family. However, the drills being run this week are purely precautionary, and allow all stakeholders to be ready and able in the event of a serious emergency.

“Today our Disaster Risk Management coordinated a response drill to a nuclear incident occurring at the Eskom operated Koeberg power generation facility outside Atlantis. The emergency drill occurs at least once a year and involves a multi-disciplinary approach.”

“An old proverb says, we plan for what is difficult while it is easy. Though a nuclear incident at Koeberg has an unlikely chance of occurring, it is the possibility which requires our earnest preparation. By simulating these drills we are allowed the advantage of critically assessing our efforts.”

“We can also identified areas on which we could improve. A key factor identified today was the risk of fake news so easily disseminated across social media, giving rise to widespread panic and chaos that could hinder the response efforts of emergency teams.” | City of Cape Town