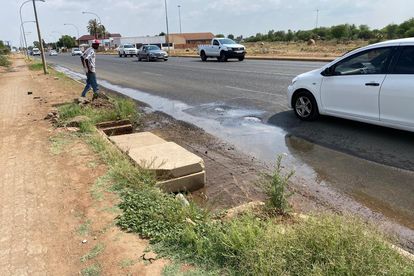 Fatal accidents on Barkly Road have been blamed on ‘untreated potholes’ – Photo: Supplied

Fatal accidents on Barkly Road have been blamed on ‘untreated potholes’ – Photo: Supplied

The DA in Kimberley is furious that little has been done to fix a stretch of road that has been dubbed ‘an accident black-spot’. What is more, locals are now wary that a set of ‘killer potholes’ will only make things worse in the Northern Cape’s largest city.

Heavy rain and recurring sewage spills have caused havoc on Barkly Road, near the Santa turn-off. The tar has been ‘eaten away’ by pools of untreated water. It means that even the potholes which had been attended too are now back to square one.

With the storm water drains near China Square currently blocked, the sewage is left to gather on the road surface. This is having a dangerous impact on a road that has already been blighted by fatal incidents over the past few months.

What is being done to address the issue?

Three deadly accidents have claimed lives here since the start of September. The current infrastructure issues now risk adding to this total. George Joseph, who serves as a DA Councillor in the Sol Plaatje Municipality, has branded the local government’s response as ‘unacceptable’.

“Recurring sewage spills in China Square are affecting the state of Barkly Road. It is one of the most dangerous roads in Kimberley. In the past two months alone, there were three fatal accidents on a specific stretch of this road, largely caused by potholes near the Santa turn-off.”

“The potholes were subsequently repaired. But the continuation of sewage spilling onto this high traffic road continues to eat away at the tar. This contributes to the repeat formation of the killer potholes. The sewage gathers on the road surface, due to blocked storm water drains.”

“Barkly Road experiences high traffic volumes throughout the day, making it a high-risk road. The fact that it is now made even less safe due to Sol Plaatje’s unconcerned response, is unacceptable. The municipality must act to honour those killed on this road.” | George Joseph