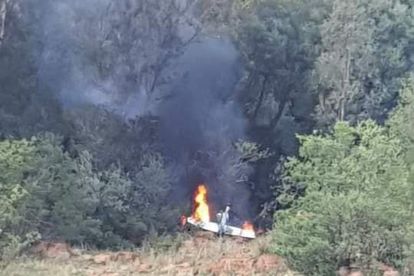 Two men were injured when a light aircraft crashed in a field just off the M46 Roadway in Germiston on Saturday.

According to Emer-G-Med spokesperson Kyle van Reenen, the latest aircraft accident happened around midday on Saturday.

He said paramedics responded to the scene just off the M46 Roadway at around midday to find the aircraft had crashed into a field.

“Two men were treated and stabilized on the scene before being taken to hospital by ambulance for further care.

“The necessary investigations will be conducted by the authorities accordingly.”

This comes after one person was killed when a light aircraft crashed in a field in Boschkop on Thursday.

“Just after 14h00 on Thursday, Emer-G-Med paramedics responded to the scene of a light aircraft crash in the Pretoria area near Boschkop Road.”

Van Reenen said the light aircraft was found to have crashed into a field.

“The pilot and only occupant suffered fatal injuries and was declared dead on arrival of paramedics.

“The scene was secured by the South African Police Services and will be investigated accordingly.”