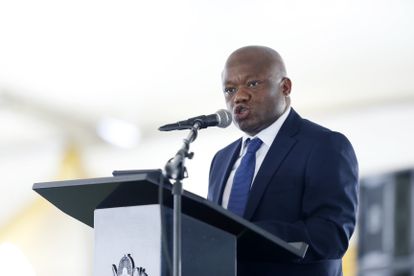 While KZN is still reeling through the aftermath of the devastating floods, Premier Sihle Zikalala provided a detailed update on the work in progress. Photo: GCIS / Flickr

While KZN is still reeling through the aftermath of the devastating floods, Premier Sihle Zikalala provided a detailed update on the work in progress. Photo: GCIS / Flickr

KwaZulu-Natal (KZN) Premier Sihle Zikalala says the province is rising from the ashes of the July unrest, exactly a year since the chaos.

The violence, which made international headlines, started out as semi-violent demonstrations demanding former president Jacob Zuma’s release from prison in KZN. But they soon morphed into riots which saw shopping malls and other establishments being targeted. The unrest soon spread to parts of Gauteng after which the violence escalated.

Government reckons the economic damage spurred by the riots sits at around R50 billion.

Some of the malls destroyed in the July unrest remain closed, something Sihle Zikalala has expressed concern over, particularly because they provided jobs in KZN.

Zikalala adds that the province’s economic recovery from the unrest hasn’t been an easy one, but has stressed that they are working on addressing that.

“Our quest to economic recovery has not been a smooth expedition – some of these include business forums which cause major delays in projects that are implemented. We are working hard with social partners to fight this issue of business forums demanding work but we are also working to ensure that localization takes place. We applaud police who continue to work hard to arrest those who are behind the disruption of projects.”

The Justice, Crime Prevention and Security (JCPS) cluster provided an update on the progress it’s made since the July 2021 unrest, which saw 354 people lose their lives.

Thandi Modise, the Minister of Defence and Military Veterans said those who died were not mere numbers and said the State is committed to ensuring that South Africa will not be subjected to the level of anarchy and destruction seen in KwaZulu-Natal and Gauteng between 9 and 18 July 2021 again.

Modise said that more than 8000 incidents were reported to the police, which led to at least 5000 arrests. However, more than 3300 cases were finalised through non-prosecution – some were withdrawn in or before court.

“Over 2900 cases were closed as undetected or unfounded,” said the minister.

More than 2435 cases are currently on the court roll and over 50 of those cases have been finalised with a guilty verdict.