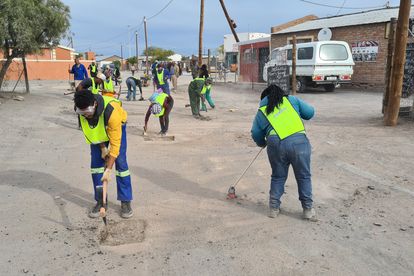 Gayton McKenzie is promising an industrial revolution in the Central Karoo – once locals have had their basic needs met… Photo: Twitter

Gayton McKenzie is promising an industrial revolution in the Central Karoo – once locals have had their basic needs met… Photo: Twitter

A Burj Khalifa just off the N1, is it? The ambitious plans of one district mayor in the Western Cape may be scoffed at by some, but the wheels are in motion to ensure that this remote part of South Africa transforms itself into ‘the next Dubai’. But how is that possible?

Is the Central Karoo going to be the next Dubai? Mayor says yes…

Gayton McKenzie is now the Central Karoo’s leading man. The recently-elected mayor has set himself a number of challenges for his first 100 days in office, and so far, he can tick off the construction of flushing toilets, the cleaning of municipal pools, and even the opening of a new bakery.

Beaufort West, the biggest town in the Central Karoo, gets its bread from Worcester – which is over 300km away. Therefore, a localised production hub – opening this Saturday – marks some early progress for McKenzie and his colleagues in the Patriotic Alliance.

Speaking on Tuesday, the convict-turned-businessman-turned-politician played down the plaudits for his flying start, saying that ‘the bar had been set low’ by other parties and leaders before him. His short-term goals are clear, and a path towards the long-term is now being carved out.

"This will be the next Dubai" is the buzz phrase in the Central Karoo. With the first 100days in office approaching, District Mayor and Patriotic Alliance leader, Gayton McKenzie has rolled up his sleeves to ensure promises made in his inaugural speech are delivered.#sabcnews pic.twitter.com/SJ8GZVGEAm

Gayton McKenzie believes that the rich natural resources in this isolated region provides fertile ground for quickfire development. Dubai, the sprawling Middle-Eastern metropolis, ‘sprang-up’ out of the desert in the late 20th century, funded largely by its vast amounts of oil.

Local leaders now reckon the Central Karoo can emulate this growth, by tapping into its uranium and gas reserves. Harnessing natural elements, such as the wind and the sun, is also high on McKenzie’s agenda – but that doesn’t mean it is the top priority just yet.

“We have great plans to turn the Central Karoo into the next Dubai through its abundance of uranium, gas, sun and wind. We dare not implement above plans without dealing with current challenges facing the people, the basic needs of people should always come before lofty plans.