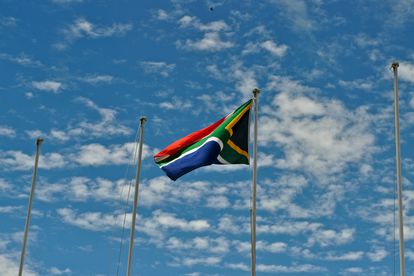 Cry, the beloved country. South Africa’s National Treasury dropped bombshells in the National Assembly on Wednesday, after they laid bare the shocking state of our municipalities. Roughly 60% of all local authorities are now ‘teetering on the brink of collapse’.

Municipalities are ‘collapsing’ all across South Africa

Some scarcely-believable figures were touted by the department, which also identified 43 municipalities that are ‘in dire need of intervention’ after already collapsing. The Treasury will now specifically target these regions for ‘immediate rescue’.

Only 58 municipalities have been able to produce full budgets for 2022/23. Up to 175 municipalities have indicated they are in ‘financial distress’. Meanwhile, 219 regional administrations have ‘triggered concerns’ in the way they are run – a whopping 88% of the total cohort.

Just under one in five municipalities ‘now need rescuing’

“While 151 municipalities are teetering on the brink of collapse, 43 have already collapsed and require urgent intervention to rescue them. Of the country’s 257 municipalities, only 58 presented unfunded budgets for the 2022/23 financial year.”

“The group that will receive attention are the 43 municipalities in crisis, deemed to be beyond the section 154 support and require corrective mode of intervention to rescue them. National Treasury is driving this process, in collaboration with the provinces.” | National Treasury

The country’s municipalities, it is said, are owed R255 billion by customers. In turn, municipalities cannot expect to generate revenue if they do not deliver reliable services, and improve the generation of own revenue by local government to become self-sustainable.

Sadesh Ramjathan is a Local Government Budget Analysis Director at National Treasury. He told Parliament that tens of billions of rand is owed to utilities including Eskom, and these distressed municipalities are unable to raise the revenue they so desperately need.

“Creditors – which include Eskom and water boards – (are) owed just under R90 billion. You’d agree that these numbers don’t paint a good picture for local government. At the heart of the failures to collect what is due and pay for services received are revenue management failures.” | Sadesh Ramjathan