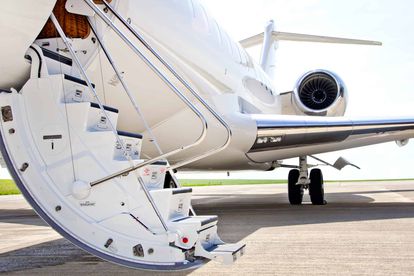 The 2022 Wealth Report from Knight Frank reveals some interesting trends about the multi-millionaires currently living in South Africa. However, the number of mega-rich citizens based in Mzansi has declined over the past year.

How many multi-millionaires live in South Africa?

According to the latest figures, more than FORTY people worth $30 million or more exited the country in 2021. For a republic that needs every tax cent it can get, seeing dozens of high revenue generators head overseas is far from ideal.

Last year, South Africa had over 600 ultra-high net worth individuals (UHNWIs) within its borders. That number, though, has now dwindled, down to just 559. To be classed as a UHNWI, South Africans must be worth around R460 million, based on the dollar-to-rand exchange rate as of Monday 7 March.

‘Exodus’ of mega-rich South Africans a cause for concern

In total, 7% of the ultra-wealthy citizens in SA have upped-sticks and left over the last 12 months. It is the biggest yearly loss out of ALL 50 countries that were surveyed. Vietnam, Tanzania and Kenya were the only other countries to see a decline in its UNHWI population, with losses ranging from 1% to 2%.

Although South Africa does have more individuals worth over $30 million / R460 million than it did five years ago, these new annual figures are comparatively sharp. As a continent, the loss of super-rich citizens in Africa stands at only 0.8% – almost ten times smaller than the rate of the exodus witnessed in Mzansi.

Where our multi-millionaires are heading off to…

So, where are our elites heading off to? In their report, Knight Frank highlight that the UHNWI community of South Africa is increasingly motivated by the opportunity to secure their ‘second passports’ abroad. The preferred routes have also changed, with our multi-millionaires seeking pastures new in their quest for foreign citizenship:

“Around 31% of South African UHNWIs plan to apply for a second passport/overseas citizenship, according to our Attitudes Survey. Traditionally, they would look to the UK or Malta, but are increasingly turning to the US and Portugal.”