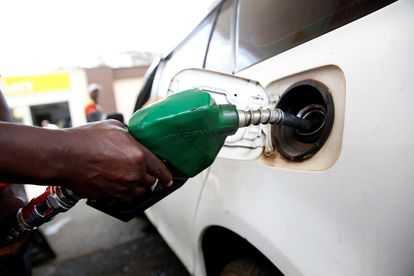 It’s as good as locked in at this point, people: The long-anticipated petrol price decrease for September has been on the cards for the past few weeks. However, consumers will have to wait another WEEK before the cost of fuel takes a tumble.

When will the petrol price decrease?

That’s because the petrol price is adjusted on the first Wednesday of every month. And, as Sod’s Law would have it, the calendar has fallen so customers have to wait the longest possible time for the changes to take effect.

Any petrol price decrease will now take place on Wednesday 7 September. Sure, it’s eight days away, but with almost 10% forecast to come off the per-litre value, those who can wait before filling up again must. The odds are starting to balance in favour of the public.

Oil prices worldwide have fallen from an obscene peak in June, which threatened to push prices past the R30-per-litre mark in Mzansi. However, even with this slashed offering, fuel will still be about R3p/l more expensive than it was at the start of the year.

Inland petrol users can expect to pay just under R23-per-litre for their fuel, while those on the coast are looking at a figure just above R22-per-litre. Diesel guzzlers may still have to fork-out upwards of R23.50p/l, given that this particular price will only drop by about 5% of its total.

That means, for the month of September, diesel is likely to be more expensive than diesel in some places. The figures were confirmed by economic experts at Price Waterhouse Cooper (PWC), who have forecast a drop of R2.20-per-litre for all grades of petroleum.

“Despite a weaker rand and the end of a R0.75/litre reprieve on the general fuel levy, the easing in global oil prices has resulted in local petrol and diesel prices declining by R1.32/litre. At present, we expect retail petrol prices to decline at the start of September, by around R2.20/litre.” | PWC