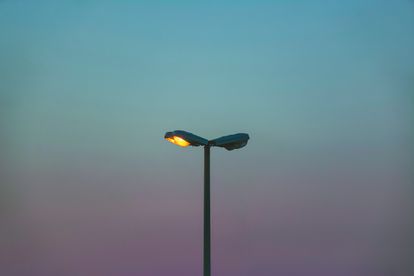 Power utility Eskom on Friday confirmed that due to lower demand, it’s made it possible to suspend load shedding for the weekend ahead. Photo: Unsplash

Power utility Eskom on Friday confirmed that due to lower demand, it’s made it possible to suspend load shedding for the weekend ahead. Photo: Unsplash

This is just about as awful as we can imagine it getting, and Stage 6 isn’t even the worst possible phase of load shedding. Things have got so bad for South Africa’s energy supply that Eskom are now asking municipalities to turn off their street lights.

Municipalities ‘cannot keep street lights on’ during the day – Eskom

Many have complained about the obvious safety threat that comes with this request, but Eskom CEO Andre de Ruyter has clarified that the directive only applies in daylight hours. In a desperate bid to conserve energy, the utility is looking to reduce consumption from municipalities.

Office buildings have also been told to shut-off their lights once the sun goes down, posing another risk to businesses. De Ruyter made these assertions during an emergency media briefing on Sunday, just hours after Stage 6 cuts were implemented.

Why have we got Stage 6 load shedding?

More unit breakdowns have plunged South Africa further into darkness. The public has been asked to switch-off its geysers, pool pumps, and even heating devices where necessary. Debate rages over the future of the Eskom CEO, who has overseen some of our worst-ever power cuts.

A nightmare week has left millions of South Africans on the brink. Load shedding batters our economy, every hour it is in place. Even a Stage 1 outage has negative consequences. However, as it stands, we’d just about rip your hand off for a schedule that mild…

Eskom has burned through almost R8 billion in diesel this year, exceeding its annual budget within five months. Although the price of diesel has sky-rocketed, the utility has had to rely disproportionately on emergency reserves throughout 2022.

Another R500 million has been set aside for fuel. Meanwhile, de Ruyter is also adamant that sabotage DID NOT cause the latest round of Stage 6 power cuts. He repeated his denial twice during the briefing, insisting that the blackouts are entirely a technical issue.

That’s not exactly what we’d call a silver lining, though.